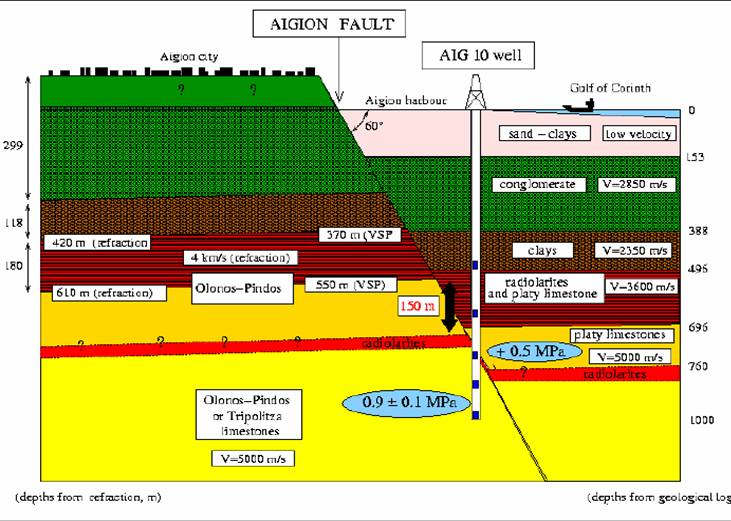 The borehole was drilled in 2002 and instrumented with a permanent monitoring system installed from September 2003 to February 2005. Only a small portion of the scheduled system has been installed: the fault could not be sealed, and only pore pressure data could be recorded under a surface plug, together with a surface hydrophone.

The whole system has been installed in 2007, but above the fault.

The data available are:

pore pressure from the first phase of the instrumentation, from 2003 to 2005.