This earthquake ruptured 30 km of a NNE right lateral strike slip fault south of the city of Patras. No rupture was observed at the surface and slip is concentrated between 25 to 10 km depth. 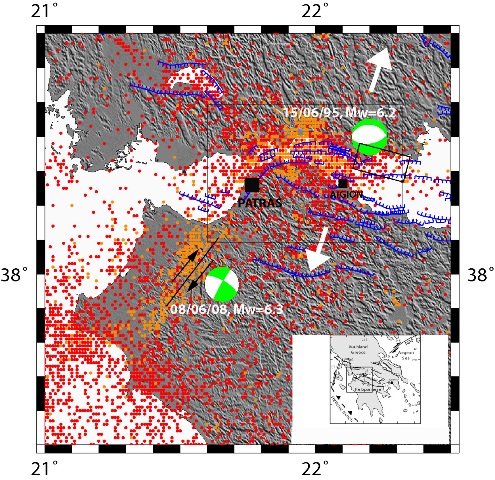 Geodetic measurement of an already mesured network in the area has been performed just after the earthquake. OASP, University of Patras, ITSAK, university of Athens and french team installed 15 seismological in the epicentral area in order, in particular, to monitor the northern part of the rupture area near the city of Patras.