Aller au contenu
The Kerinitis is one of some eight conglomeratic Gilbert-type fan deltas of exceptional dimensions that are preserved within the syn-rift stratigraphy of the Corinth rift. It is probably the best known and most frequently described example of a footwall-derived, coarse-grained, Gilbert-type fan delta deposited in the hangingwall of an active normal fault. Several studies have used the exceptional exposures of this delta to examine the interplay between tectonics and eustasy in controlling delta stratigraphic architecture (e.g., Gawthorpe & Colella 1990; Ori et al. 1991; Poulimenos et al. 1993; Dart et al. 1994; Zelilidis & Kontopoulos 1996). Recent biostratigraphic dating indicates that these deltas were deposited from Early to Middle Pleistocene over a period of between 500 and 800 ka (Ford et al. 2007; Rohais et al. 2007). 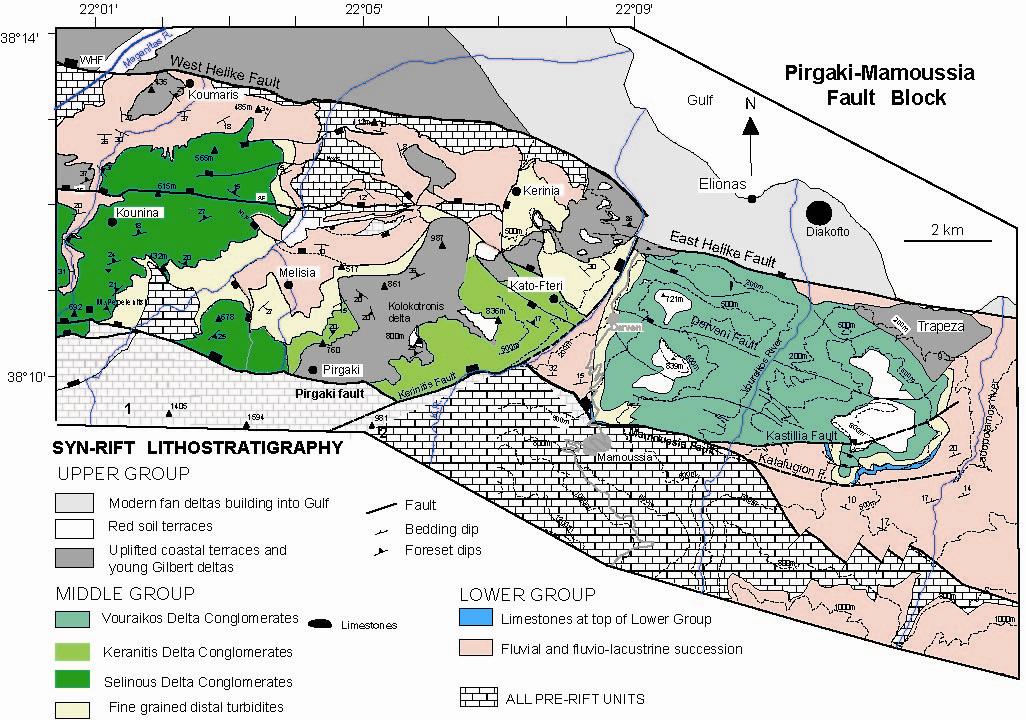 Figure.1. Geological map of the central part of the Pirgaki-Mamoussia fault block.

With a basal radius of 3.8 km and an arc of 125°, the Early-Middle Pleistocene Kerinitis Gilbert-type delta, covers a surface area of 15 km2 and contains approximately 9 km3 of (preserved) coarse grained sediment. It is very well exposed along a SW-NE 3.8 km long, 600 m high, natural cliff section cut by the Kerinitis river. This seismic-scale cliff represents a true section through the SE side of the delta, which prograded toward the north. Foresets on this river section dip 25° (average) toward N042° (Backert et al, submitted). The point source for the delta was probably inherited from an antecedent drainage system that coincided with the present day Kerinitis river, where it incises into footwall carbonates (Figs 1, 2). 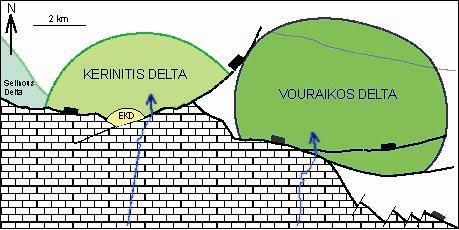 Figure 2. Simplified map of the Lower – Middle Pleistocene Kerinitis and Vouraikos deltas and their geometrical relationship with controlling faults. Point sources are shown by blue arrows.

As the base of the delta is not exposed, we assign a minimum delta thickness of 600 m in the Kerinitis river section. The delta base is erosive lying below 200 m altitude in the Kerinitis valley but at 500 m altitude in the Selinous valley to the west. Clasts are dominantly carbonates with minor radiolarites (Upper Triassic to Upper Cretaceous) and some ’flysch’ sandstones (Upper Cretaceous to Eocene), all principally derived from the underlying Pindos thrust sheet (Hellenide orogen, Oligocene-Miocene). The Kerinitis delta is separated from the Vouraikos delta by the Keranitis fault (Fig. 2). To the west, its uppermost west-dipping foresets underlie the east-dipping foresets of the Selinous delta. The red Kolokotronis delta (Upper Group) overlies and masks the Kerinitis delta, with a significant erosional boundary.

The Kerinitis river profile is divided into three zones. To the SW, the 1.5 km long Zone 1, comprises up to 440 m of stacked topsets representing the most proximal part of the delta edifice. Zone 2 is 900 m long and includes the most complex stratal architecture of the delta. In the middle of this zone, a NW-SE trending valley about 1600 m deep, cuts at right angles to the main cliff, providing 3D information. To the NE, Zone 3 (1.4 km long) exposes 600 m of stacked foresets, which pass rapidly north-eastward into bottomset and prodelta facies. 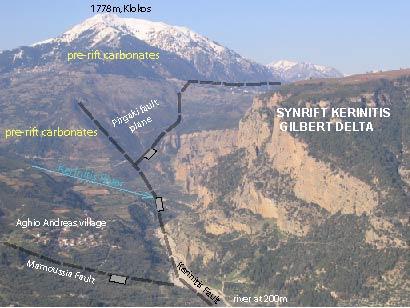 Figure 4. View south along the Kerinitis river valley. the Lower to Middle Pleistocene Keranitis Gilbert type delta lies in the hangingwall of the Kerintis and Pirgaki normal faults.

Figure 5. View SSW from Mamoussia of the Northern part of the Kerinitis delta showing the stacked foreset packages.